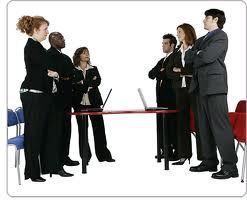 Team conflict can be resolved simply by listening, finding common interest and a commitment to holding resolution more important than a specific position.

Teams are made up of individuals who have needs. Conflict often arises because a particular member feels his or her need in the team is not being met. This may be because their ideas or contributions are ignored or there is a relationship breakdown between two or more members.

Conflict, when not addressed quickly and efficiently will affect the energy and mood of the entire team.

Conflict is often the result of one or more individuals being unwilling to move from their stated positions. However, if you are able to help them shift their attention from an entrenched position to one of common interest, you will have greater success resolving the conflict.

Regardless of the basis for the conflict, following these three simple steps can help resolve conflict quickly.

Step 1: Allow for Clearing or Ventilation
Tensions arise because people feel that they have not been heard. Allowing all parties to the conversation to have their voices heard is an important step towards achieving “relationship harmony”. Let each person have an opportunity to share his or her thoughts, wants or needs. Once they are done, acknowledge their contribution and ask others to do the same.

This step is not about solving anything, but simply about acknowledging people’s positions on a hot topic or issue.

Step 2: Identify Common Interest
This is where most “conflict resolution” attempts fail. Asking someone to shift from their position is far more difficult than helping conflicting parties identify their common interest on the topic. You can help them identify the unifying common interest (e.g. we both want to resolve the issue without blood-shed or without blaming.) around which both can align. Invite them to explore other areas of common interest around the hot issue. Help them gain agreement on how they wish to deal with disagreement.

Step 3: Resolve the Issue
Once the common interest has been identified the parties are now ready to start talking about how to resolve the issue. More specifically, how they wish to do it – i.e. the rules of engagement. This is powerful for two reasons.

So, with this in mind, a simple technique for resolving an issue would be to “put it out there in front”. You can do this literally. Simply write the issue on a piece of paper and place in front of the individuals in conflict. They will now look at it side by side, creating solution, together.

Conflict can be resolved with relative ease when people feel heard, are given an opportunity to align around a common interest and when brainstorming ideas for resolution is rooted in a solid foundation of being in relationship with each other.

By Igshaan Soules A hallmark of 21st century work and career principals is collaboration. Thriving organizations understand that collaboration is essential to produce the innovative solutions that keep the business and its network growing, but it also nurtures a pleasant work environment that is needed to retain the best employees. Of course, creating an environment where…

By Igshaan Soules It is time to erase the boundaries between coaching and mentoring in the workplace and offer an integrated approach to nurturing the potential and talent in employees. Coaching and mentoring are considered two distinct human developmental practices. Although both focus on personal and/or professional growth, they are considered distinct in their orientations…