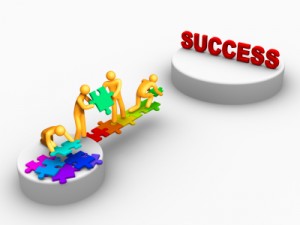 It is time to erase the boundaries between coaching and mentoring in the workplace and offer an integrated approach to nurturing the potential and talent in employees.

Coaching and mentoring are considered two distinct human developmental practices. Although both focus on personal and/or professional growth, they are considered distinct in their orientations and outcomes. In reality, there are far more overlaps in how both are used and it’s time to take a fresh look at both as two sides of the same coin.

What is Coaching and Mentoring

On face value little difference exist between the two when you compare their definitions. Mentoring is defined as “off-line help by one person to another in making significant transitions in knowledge, work or thinking”.

The International Coach Federation (ICF) defines coaching as “partnering with clients in a thought-provoking and creative process that inspires them to maximize their personal and professional potential.”

A cursory reflection on the ICF’s definition of coaching suggests it is quite feasible for mentoring to exist as a subset of coaching. This is even more true when your orientation towards mentoring is premised on the more developmental approach advocated by the Europeans.

What is the Intent of Coaching and Mentoring

However a more detailed examination of the intent suggests that the orientation and outcome for coaching and mentoring are distinct. The intent behind mentoring is to impart knowledge and experience that provides a foundation for success in a chosen path.

As such, mentoring is often the developmental tool of choice to advance the skills and career opportunities for employees or managers at the lower levels. The mentor role is almost always performed by more experienced leaders and has a low perceived cost associated with it compared to coaching.

The intent behind coaching on the other hand is action arising from deep reflection. The outcome is the coachee stepping into dreams and aspirations that may previously have been thought of as an impossibility.

The problem I have with mentoring is that it is not sufficiently distinct from that of coaching. In my opinion there is no longer a compelling reason for anyone to want to walk the path of another.

The reality is that the context of business has changed. Employees should no longer accept that a linear progression along a fixed path will yield them success in work and life. Nor should they accept the wisdom from someone that has traveled a particular path as an absolute road-map for their own success.

Rather, employees should seek out “life guides” that are able to point them to relevant training, challenge their thinking processes and nurture a greater sense of agency and possibility as they travel on their developmental journey.

Erasing the Lines Between Coaching and Mentoring

So, it’s time to act boldly and erase the boundaries between the two altogether and offer a more integrated approach that harnesses the very best practices of both.

I am not for one moment suggesting we ignore the value of either as separate disciplines. However, I believe organizations, and more importantly leaders, will be better served when their focus is on excellence in nurturing talent instead of compliance with a particular discipline.

An integrated coach-approach to mentoring means tapping into the skills and competencies of both disciplines. Doing so will ensure HR’s focus shifts to providing tools and structure for managers to work with the best available practices of both.

A coach-approach to mentoring will have greater impact and yield more compelling results.

Although on a theoretical level coaching and mentoring seek to accomplishment different things, by and large their focus is developmental. What is different is the road-map to achieve the outcomes for each.

Practiced in its purest form, both coaching and mentoring are empowering tools in a given context. The reality is that what is present in many organizations is often a made up version of both. Whilst the difference in theory may seem distinct enough, in practice the lines are far more blurred.

Bottom line: A coach-approach to mentoring will ensure greater focus on a key leadership task – nurturing talent – instead of trying to preserve the integrity of a particular discipline.

Coaching is beginning to enjoy mainstream popularity as the personal and professional development tool of choice. Individuals and organizations are beginning to see the value of coaching to help improve performance in work and life. Yet, there are many people who still want to know, “What is Coaching?” What is coaching? The best generic definition…

By Igshaan Soules Executive coaching is one of the most valuable tools HR professionals can use for developing leaders. In part one of this two-part article series, I looked at several mistakes HR practitioners make when designing, deploying and managing executive coaching activities. The focus was more on the recruitment of executive or business coaches….